Founded by Andy de Jong, MD, and Hermes Sanctorum, a former member of Belgium’s Parliament, Paleo is the first to use precision fermentation to produce GMO-free heme proteins that are bioidentical to six animal proteins. The World Intellectual Property Organization published Paleo’s patent application this week, allowing Paleo to share details of its technology.

Essentially, heme is what makes meat taste like meat. When it comes to mimicking conventional meat products, it is responsible for both the taste and color of meat. Before cooking, heme gives meat its red hue that turns to brown when cooked. Heme also enhances the food’s nutritional value, including as an easily absorbed source of iron.

“When we set out to create the ultimate animal-free meat or fish experience, we quickly zeroed in on heme,” Sanctorum said in a statement. “Without exaggeration, we can say that we cracked the code of heme, allowing us to produce GMO-free heme that’s bioidentical to the most popular meats and tuna, as well as mammoth.”

During its research and development, Paleo identified that the heme that gives a burger its red beefiness is quite different from the heme that gives ahi tuna its umami fishiness. It developed a heme fermentation process—which is similar to brewing beer—where the yeast cells release the heme into the environment, resulting in a highly pure product that is not genetically modified. The heme is cleanly separated from the yeast cells, making the production process faster and more sustainable.

Paleo’s six heme strains are animal-free but identical to animal protein, allowing vegan meat’s taste, aroma, cooking performance, and nutritional content to be nearly identical to the real thing. The startup initially focused on the four traditional species that are raised and slaughtered for meat (cow, chicken, pig, and lamb) and then tuna was added to its portfolio.

Paleo scientists decided to challenge themselves by making proteins of animals that are now extinct. Based on an analysis of the oldest DNA ever found (more than one million years ago), they were able to reproduce the heme protein of woolly mammoth. In the process, Paleo scientists learned that mammoth protein has unique properties and delivers “strong aromas of grilled meat.”

In side-by-side tests, the difference between a plant-based burger using Paleo’s heme and a conventional plant-based burger is that the bioidentical beef heme smells like an animal-derived burger, changes color like animal meat when cooked, and tastes like a beef burger.

“Paleo heme production is only the beginning,” de Jong said in a statement. “Using our technology, we can also create other ingredients that are essential to the meat or fish experience and mouth feel, like fats.”

To date, Paleo has raised $2.5 million in seed funding and is now working with financial and strategic investors on a Series A round to bring its heme protein products to the market and broaden its portfolio. The startup will be offering its heme ingredients to food manufacturers in the coming months and expects that meat or fish alternatives enhanced by Paleo heme can be on consumers’ plates by 2023. To start, Paleo is preparing market entry in the United States, Canada, Europe, Latin America, and Asia. 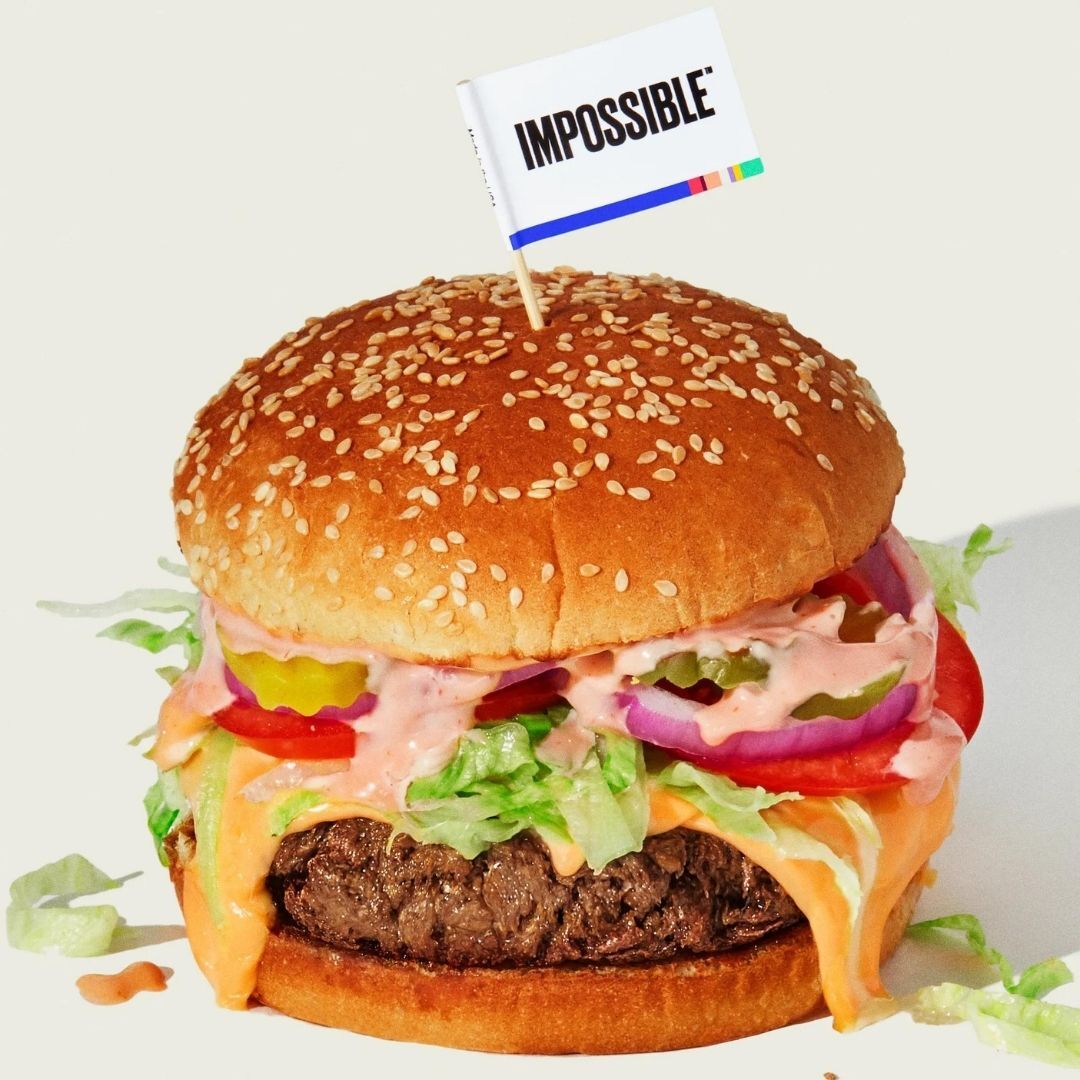 Heme a key component of the Impossible Burger

Few plant-based startups have concentrated on heme as a key ingredient to mimicking the meat experience. Plant-based meat pioneer Impossible Foods developed its own heme—which is the central component of its flagship product, the Impossible Burger—by extracting the DNA directly from soy plants and inserting it into a genetically engineered yeast. The company then ferments the yeast via precision fermentation to produce heme for its products.

Similarly, Boston-based food technology company Motif FoodWorks created its own heme protein called HEMAMI. Though myoglobin is found in the muscle tissue of cows, Motif found a way to express it in a genetically engineered yeast strain. Created using precision technology, Motif’s HEMAMI can be used to enhance the flavor and aroma in plant-based burgers, sausages, and other meats. The primary function of animal-derived myoglobin is flavor but it also imparts a red hue when exposed to oxygen.

“Plant-based foods have the potential to drive a more sustainable future, but that doesn’t matter unless people actually eat them,” Motif FoodWorks CEO Jonathan McIntyre said in a statement. “HEMAMI enables a whole new taste and experience level for meat alternatives that a wider group of plant-based and flexitarian consumers will crave.”

For the latest vegan news, read:
Revo Foods’ 3D-Printed Vegan Salmon Filets Will Launch in Stores in 2023
Beyond Meat CEO Ethan Brown Says Vegan Steak Is Coming This Year
At This UK Chicken Shop, All 9 Main Dishes Can Be Made With Vegan Meat

Nicole Axworthy is the News Editor at VegNews and author of the cookbook DIY Vegan.