9 Vegan Ways to Use Puff Pastry

Put down that pie crust and give puff pastry a little love. This store-bought dough is incredibly versatile, easy to work with, and relatively inexpensive—all with the power to transform your seasonal celebrations. Whether used for sweet or savory dishes, puff pastry adds a buttery, flaky, tender, and golden element to every single bite. Note: not all store-bought puff pastry is vegan, but you’re safe with Pepperidge Farm and Wewalka. Allow your puff pastry sheets to thaw at room temperature for an hour before using, then get ready to create golden, crispy vegan holiday magic.

1. Brie en croute
If there is any circumstance where eating a vegan cheese wheel in one sitting is acceptable, it’s when it’s smeared with fig jam and wrapped in puff pastry. This elegant appetizer is so simple to make, but it’s a showstopper for sure. If you can find vegan brie (Jule’s Vegan Brie is the most accessible), use it. If not, any sturdy vegan white cheese with a truffle or mushroom flavor will do (not mozzarella or anything with an onion or garlic flavor profile). Lay one sheet of puff pastry on a parchment-lined baking pan, spread on jam or cranberry sauce, place the cheese wheel on top with another dollop of jam, then fold the puff pastry into a knot to seal in the cheese. Bake until the pastry is golden.
Try this recipe: Miyoko’s Phenomenally Vegan Winter Truffle en Croute by Miyoko Schinner 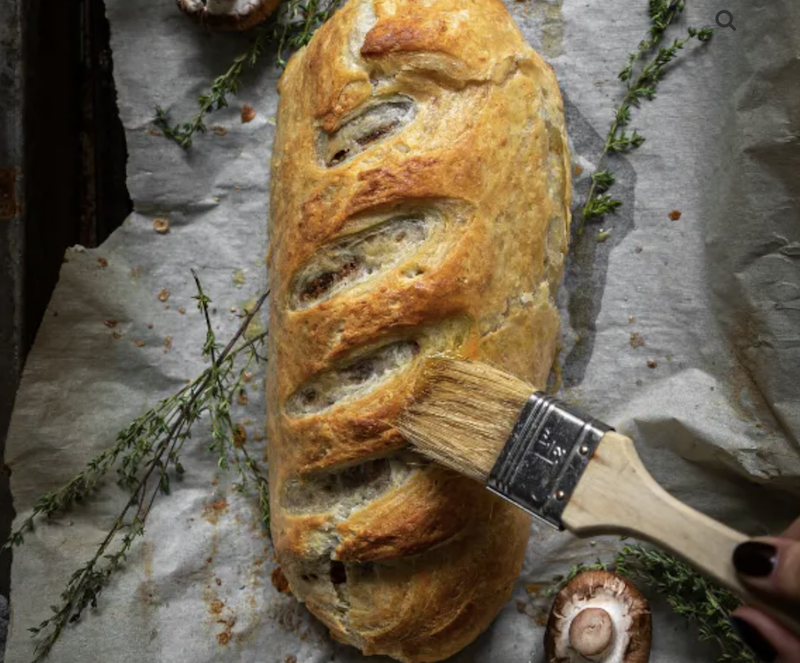 2. Vegan Wellington
You’ve likely seen these centerpieces in stores or on the menu at vegan-friendly restaurants, but with a few grocery store staples, you can make your own. On one rolled out sheet of puff pastry, layer your favorite holiday sides (we love sautéed kale, cranberries, mashed sweet potatoes, caramelized mushrooms and onions, and thinly sliced seitan). Use another rolled out sheet of pastry to seal the entire log. Bake until browned, and serve with vegan gravy and cranberry sauce.
Try this recipe: Vegan Wellington by The Korean Vegan 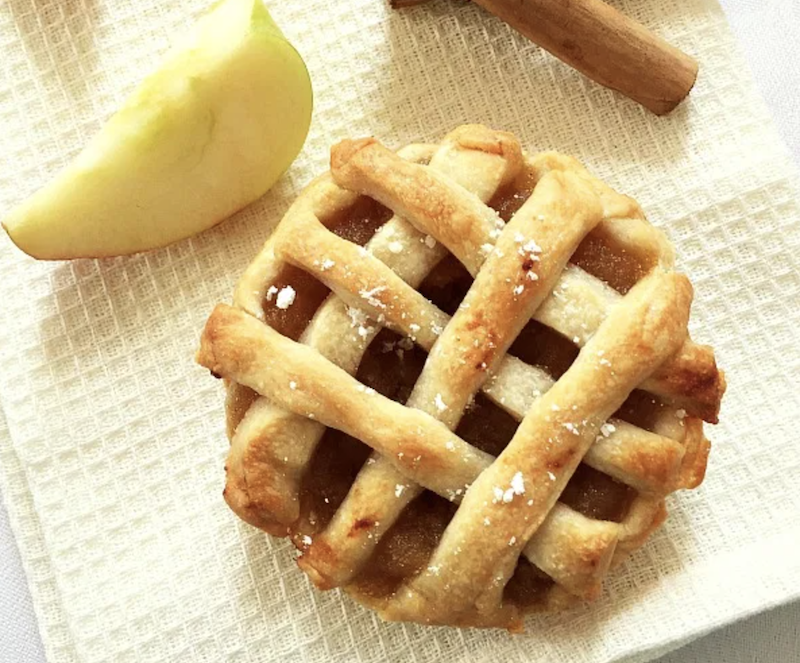 3. Pielettes
What’s a pielette? It’s a dainty, cupcake-sized pie, and with a box of puff pastry, it’s much easier to pull off than a fussy, full-sized pie. Cut squares or circles of puff pastry that are about two inches larger in diameter than your cupcake tin. Drape each circle into the tin, then fill with your favorite vegan pie filling (we love doing this for pecan and apple pie). Bake until golden, allow to cool, then arrange artfully on a serving platter … or eat straight from the tin—we’ve done that, too.
Try this recipe: Mini Apple Pies by My Gorgeous Recipes 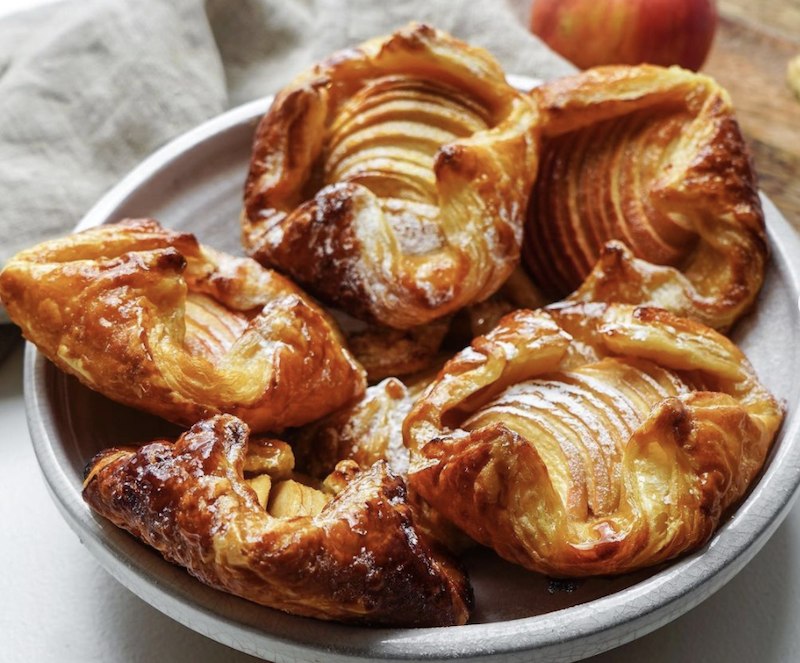 4. Sweet or savory tart
The difference between a pie and a tart is vague, but generally, a pie is deeper and has more filling whereas a tart is more shallow. Another way to think of it is that a tart has a higher crust-to-filling ratio, and when that crust is made of puff pastry, we’re all for it. You can either make one large tart or create individual-sized tartlets, as in the recipe below. Either way, a tart is an effective way to transform minimal ingredients into a stunning dessert or main dish.
Try this recipe: Quick Apple Tarts by Rachel Ama 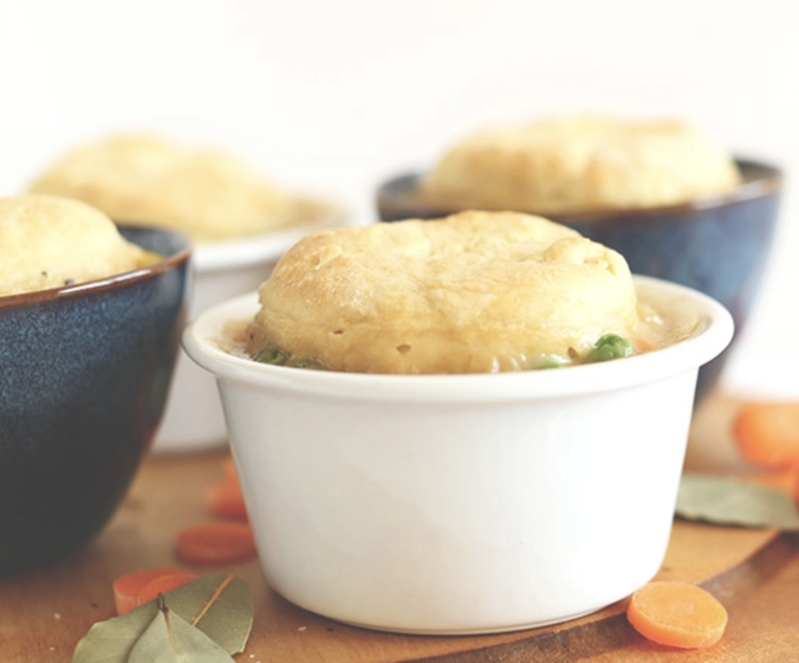 5. Vegan pot pie
After going through the effort of making a pot pie filling, churning out a finicky crust is more hassle than most can bear. Don’t worry, puff pastry comes to the rescue. Cut out the dough in the same shape and size of your pot pie vessel, place on top of the filling, and bake until puffy and deliciously browned. We’ll take this crispy, puffy pie topper over traditional pie crust any day.
Try this recipe: 1-Hour Vegan Pot Pies by Minimalist Baker 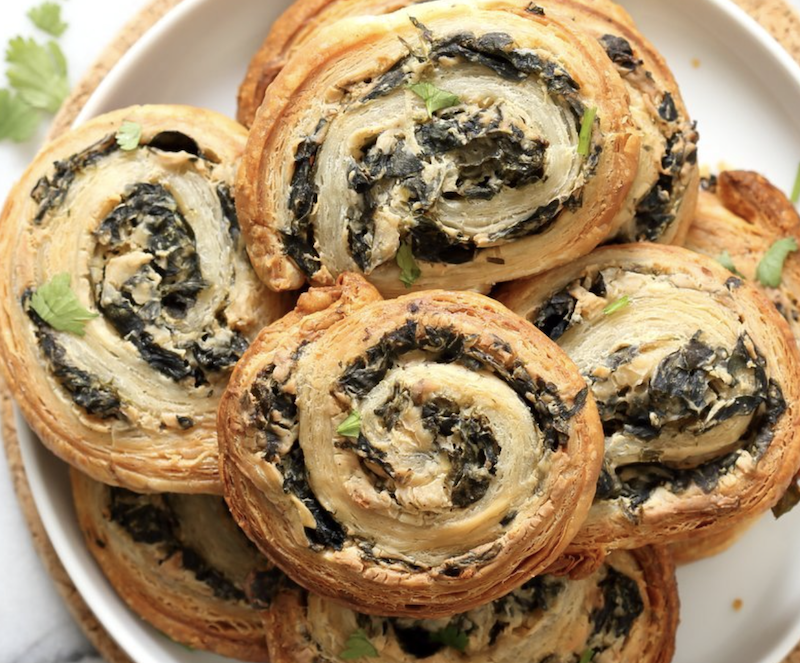 6. Sweet or savory pinwheels
Revive this tired passed app with a delectable vegan twist. Start with a rolled out sheet of puff pastry and let your creativity run free. For savory hors d’oeuvres, spread on a thin layer of seasoned and sautéed spinach, caramelized mushrooms and onions, cream cheese, or shredded cheese. Sweet ingredients that work well include a cinnamon-sugar mixture, jam, or cranberry sauce. Roll up the sheet into a log then cut widthwise into one-quarter-inch rounds. Bake until puffy and golden.
Try this recipe: Spinach Pinwheels by Vegan Richa 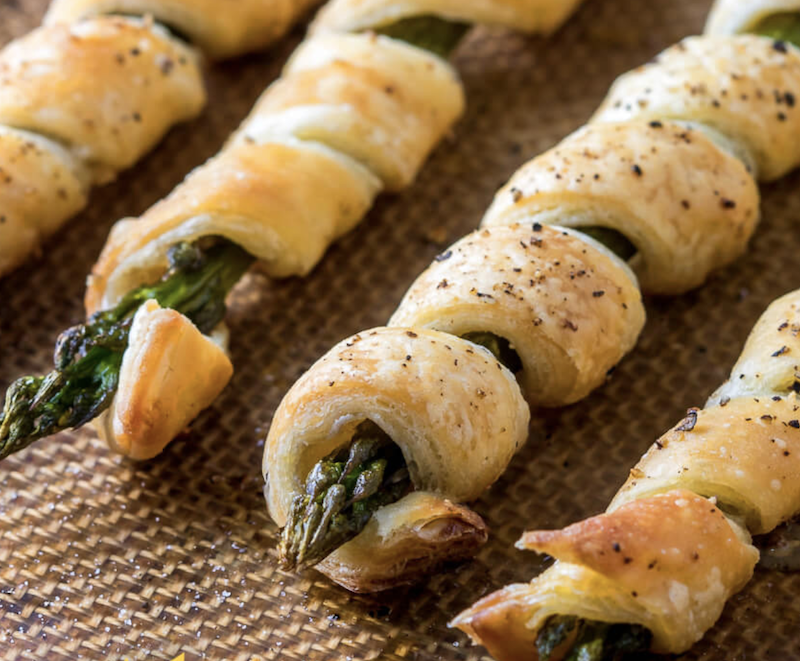 7. Puff pastry-wrapped vegetables
Not a fan of a certain vegetable? Wrap it in puff pastry. We can almost guarantee you’ll have a different perspective. Asparagus works particularly well here. Cut long, half-inch strands of pastry dough, then wrap each strand around individual asparagus stalks. Bake until golden and serve piled high on a platter. It just takes two ingredients, perhaps some salt and pepper for the bold, and you’ve got a sophisticated appetizer ready to go.
Try this recipe: Vegan Asparagus Spirals by The Viet Vegan 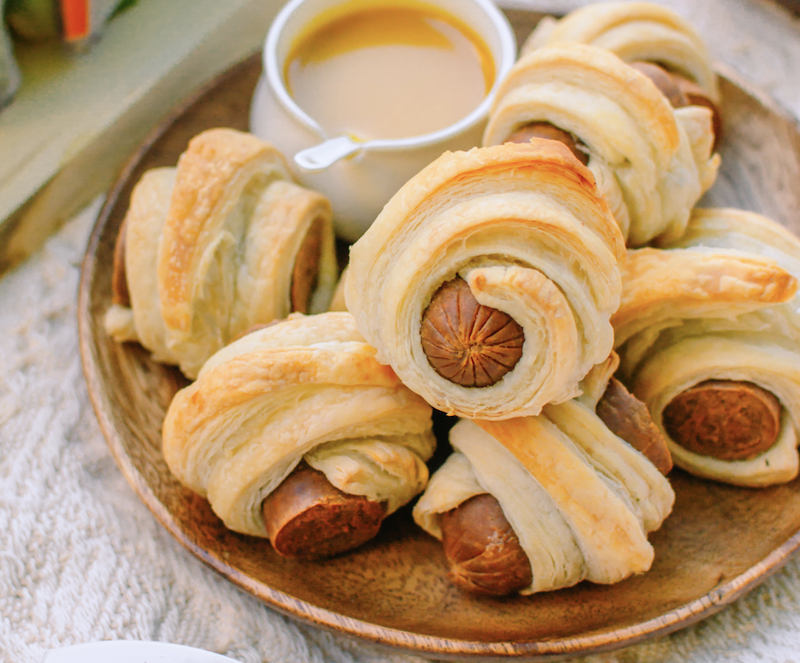 8. Pigs in a blanket
There is no age limit to pigs in a blanket—this childhood snack food can be dressed up for an adult cocktail party or enjoyed in its fingerlicking, humble simplicity. Use your imagination here. Sprinkle the “blankets” with everything bagel seasoning before baking, or add vegan cheddar to the meaty vegan filling for melty, gooey contrast to the crisp of the pastry. Experiment, have fun, and enjoy reinventing this universally loved kid food.
Try this recipe: Vegan Pigs in a Blanket with ‘Honey’ Mustard Dipping Sauce by Radiant Rachels 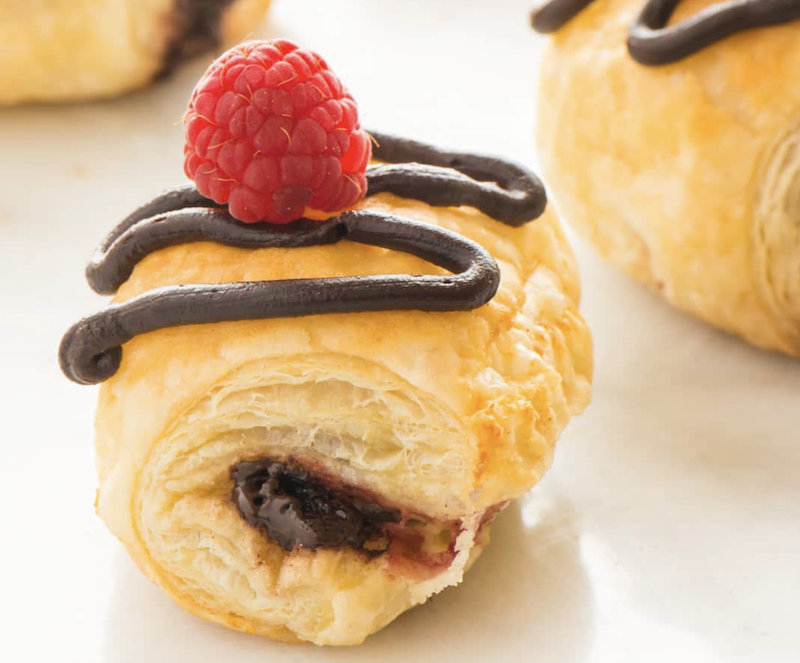 9. Croissants
When it comes down to it, we will happily devour baked puff pastry on its own. Cut your sheet into triangles, bake until golden, and consume minutes after they come out of the oven. For filled croissants, dot a bit of jam or sprinkle chocolate chips on the dough before you roll and bake them.
Try this recipe: Easy Vegan Croissants by Namely Marly

Let’s get FABULOUS! Order your copy —
filled with everything you need to know to
live a

Amazon and Others Pledge Net-Zero Carbon Shipping by 2040

Panera Aims to Be Climate Positive by 2050. Will Vegan Food Play a Role?

Amazon and Others Pledge Net-Zero Carbon Shipping by 2040

Panera Aims to Be Climate Positive by 2050. Will Vegan Food Play a Role?